the power of the human voice 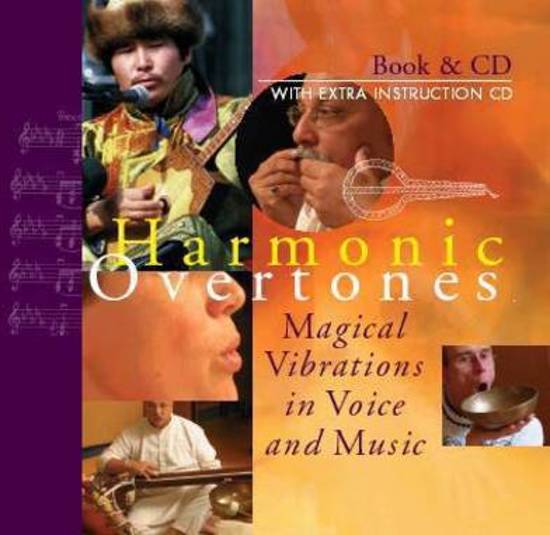 This booklet and CD set introduces readers to the magical sounds of harmonic overtones--"the amazing phenomenon of physically playing a single note on an instrument, including the voice, and creating two or more tones at once. The resulting vibrations touch listeners on a level that is not just physical. Since ancient times, this technique has been used by different cultures to move the soul.The throat singing of acoustic groups, such as those from Tuva in China, has mesmerized audiences. Their traditional music originates with the horsemen who, while watching over their herds, used these bone-penetrating sounds to communicate with each other over the vast Mongolian plains. Tibetan monks are also well known for this throat singing technique. The use of harmonics occurs in the music of aboriginal cultures throughout the world, in Australia, Europe, and the Americas. You also hear it in classical music and rock and roll.Harmonic Overtones explores the history of this musical technique and provides the technical information you need to create the sounds yourself. Two CDs, one with step-by-step instructions, the other with examples of harmonics from aboriginal cultures as well as its use in modern music give a complete overview of the technique and its healing properties. The book also includes an extensive reading and music list for those who want to further investigate the spiritual magic of sound. "Includes two CDs, an instructional disc teaching overtone singing techniques, and another featuring Tuvan and aboriginal overtone music. "Explores the science behind overtone music and explores the healing properties of the tones. "Hear samples of harmonic singing from Tuva and exoticinstruments including the Australian didgeridoo, Indian tambura and Himalayan singing bowls.