Harmonisation of insolvency law in Europe 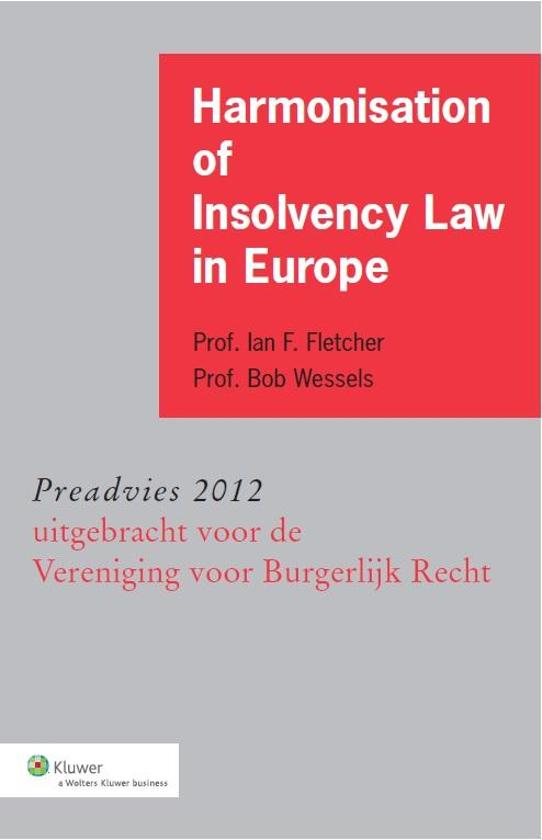 The European Parliament’s resolution with recommendations to the European Commission on insolvency proceedings in the context of EU company law of November 2011, calls for one or more legislative proposals ‘relating to an EU corporate insolvency framework’, including the harmonisation of specific aspects of insolvency law. The central question in this Report is whether harmonisation is possible, and if so, in what form and related to which topics. After an introduction
the general theme of convergence of law is explained, by analyzing terms such as ‘unification’, ‘approximation’ and ‘harmonisation’, the limits such a convergence will encounter (such as the principles of subsidiarity and proportionality) and by providing an account on the present status of convergence in the field of international insolvency law. Then follows an overview of the European Parliament’s recommendations and a balancing of the pros and cons of harmonisation of insolvency law in Europe. The legal basis for any EU-proposals is discussed, especially Articles 81 (judicial cooperation) and 114 (internal market) of the Treaty on the Functioning of the EU.
Two topics for harmonisation (“opening” of insolvency proceedings; professional requirements for insolvency office holders) have been selected for further debate. Another suggestion for harmonization relates to a proposal by INSOL Europe of June 2012, to enact the
UNCITRAL Model Law on Cross-border Insolvency across the EU. An overview is given of the state of enactment of this Model Law in Poland, Romania, the UK, Slovenia and Greece, and of recent
amendments of international insolvency law provisions in national laws of Germany and Belgium. INSOL Europe’s suggestion is criticized. The Report concludes with the authors’ perspectives on
harmonisation of insolvency law in Europe, including a summary of findings and an Agenda for future work. They make clear that this will involve thorough study by specialists in many areas of law, next to insolvency lawyers, lawyers specialising in the law of obligations, labour law and company law.