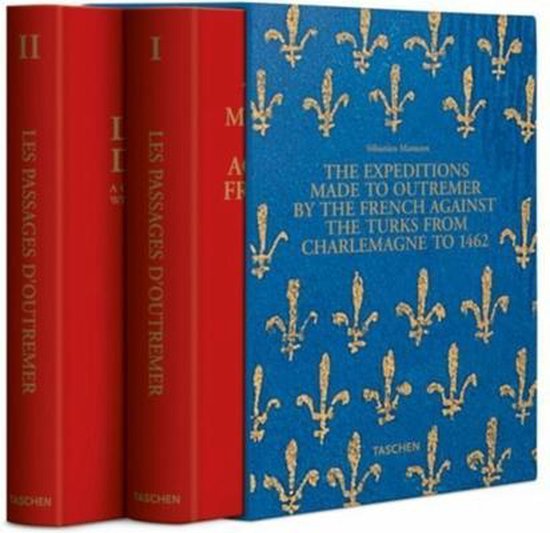 This book features the clash of the crusaders. It presents a rare 15th-century account of French crusades and pilgrimages to the Holy Land. Completed around 1474, Sebastien Mamerot's Expeditions Made Overseas by the French Against the Turks, from Charlemagne until 1462 is a unique collection of texts and illustrations describing the dramatic and bloody crusades from the 11th-century up to 1462, during which time the French strove to recapture the Christian Holy Land. Jean Colombe, the famous illuminator known best for his work on the addendum to the Tres Riches Heures of the Duke of Berry, is the main artist of the 66 exquisite miniatures. Mamerot's manuscript was dedicated to his patron Louis de Laval, governor of Champagne; it was later owned by such important figures as Diane de Poitiers (famed mistress of Henry II) and Cardinal Jules Mazarin, and is now held by the Bibliotheque national de France in Paris. It is from this original manuscript that Taschen's painstaking and complete fascimile-reprint has been made. Readers can now pore over the meticulously reproduced miniatures of battles, church scenes, funerals, religious ceremonies, coronations, and royal proceedings, in illuminations that trace centuries of merciless and epoch-shaping crusades whose effects can still be felt in the world today.